Deputy Chief Executive Officer, in charge of strategy, market intelligence and management of the correspondent network

Managing Director in Spain and LatAm

Carlos Rodríguez de Robles has been appointed CACEIS Deputy CEO on February 2020, in charge of strategy, market intelligence and management of the correspondent network.

He started his career in HAMBROS BANK LIMITED London, UK in 1995 as an analyst. In 1996 he joined CEMEX S.A. in Madrid in the finance area and in 2000 moved to CEMEX, S.A., El Cairo. In 2001 he joined MCKINSEY & COMPANY Madrid, as a Consultant. In 2004 he was appointed Head of Business Development and Control for the GLOBAL BANKING & MARKETS Division at Grupo Santander. In 2009 he moved to Banco Santander México as Deputy General Manager – Global Wholesale Banking. In 2013 he returned to Banco Santander Spain, as Head of Global Transaction Banking.

Deputy Managing Director in Spain and LatAm, he held various functions for Crédit Commercial de France (currently, HSBC France), including within the foreign banking network (Spain, USA, Italy) and Group General Inspection, between 1982 and 2002, before being appointed as a Director of HSBC-DEWAAY Bank in Brussels. He joined Crédit Agricole Investor Services as Chairman and Chief Executive Officer of Fastnet France in 2002, a post he held until 2004. In 2005, he became Head of Market Relations and then later Head of Public Affairs at CACEIS. His responsibilities were then enlarged to include heading up the Communications Department in early 2014. He has also been  Chairman of the French Association of Securities Services Professionals and a member of numerous French and European professional commissions and working groups. On February 2020, he is appointed Deputy Managing Director in Spain and LatAm. 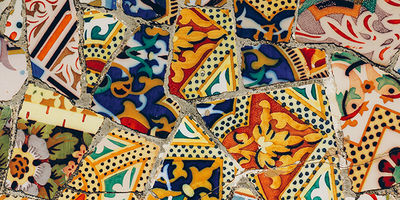 On December 20th 2019, has been closed the strategic combination of Santander Securities Services (S3) and CACEIS. Jean-François Abadie, CEO of CACEIS, and Carlos Rodríguez de Robles, Managing Director of CACEIS in Spain and in Latin America, talk about the objectives and the exp [...]