Fourteen years after a multidisciplinary team was created, to assess the possibility of integrating the stock exchange markets of Colombia, Perú and Chile, their shareholders have finally approved the integration, which will be operational in the third quarter of 2023. We can now say that a New Andean Market was born.

The main objectives of the New Andean Market are: (i) the development of a regional market-place through the creation of a standardized business model, leveraged on the synergies brought by new technologies and operational flows; (ii) granting access to more than one thousand issuers, offering access to three stock indexes; and (iii) enlarging the number of counterparties, since all the stock members of those three countries will be able to access the same modern and reliable platform. 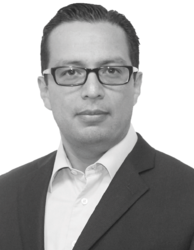 The three stock exchanges have agreed to create a new holding company, incorporated in Chile, in which the Chilean entity will hold 40%, the Colombian entity another 40% and the Peruvian entity the remaining 20%. This combination will not only include the Stock Exchanges, though. In fact, the CSDs of Colombia and Perú will be integrated, as well as the CCPs of Colombia and Chile and price vendors from Colombia and Perú. It is important to highlight that the Chilean CSD (DCV) and the Colombian Stated-owned CSD will not be included at this stage.

According to the information disclosed by Juan Andrés Camus, Chairman of the Bolsa de Valores de Santiago, “that Holding Company will be the owner of the three Stock Exchanges, which enables the implementation of the same system for clearing and settlements process, in order to be able to close deals in a simultaneous way, facilitating the next phase and making easier the interaction from any of the three countries”.

On top of that, a better market capitalization is expected for the new Andean Stock Exchange, because of cost-efficiencies achieved in products and market developments, based on the fact that these efforts will be made following a single Corporate Governance and, finally, the market participants will benefit from higher diversification, based on new asset classes and investment opportunities.

Apart from the great news that the mentioned integration supposes, in terms of expected volumes and revenues, one should also look at the challenges that it might bring. The very first challenge will be the alignment of the respective regulators in the harmonization of the market regulatory framework. Secondly, the CSD platform! At this point in time, neither DECEVAL nor CAVALI have defined who will provide it, and which standards will be implemented. Thirdly, the short timeframe to accomplish the goals of the project, bearing in mind that there is no definition as of yet regarding the currency to be used in the settlement of the transactions, the market schedules and time-zone (i.e., Santiago de Chile is +/- 2 hours from Lima and Bogotá) and, finally, but no less relevant, the tax-related aspects.

Notwithstanding the fact that important efforts, advances, and results are being disclosed to the market participants, it is fair to say that the operational managements of the CSDs and its standards, will define the future of the settlement of the transactions. In the meantime, custodians that participate in the three markets – as it is the case of Santander CACEIS – will keep supporting local and foreign investors alike.