For the last couple of years, my team and I at CACEIS, have been focused on making climate change an important topic of consideration for pension schemes and asset managers by delivering insight through initiatives such as my podcast series, The Climate Change Briefing. Now along with climate risk, natural capital and biodiversity are going to be a growing area of focus for asset managers and pension schemes alike.

It was only in October 2022 that pension schemes over £1bn in size had to report on their exposure to climate risks using the Task Force for Climate-Related Financial Disclosures reporting framework. In June 2023, the first public TCFD disclosures for the largest in-scope asset management firms – those with over £50 billion in assets– must be made, reflecting the 2022 calendar year (firms with over £5bn in assets will be required to report in June 2024 for the calendar year 2023). 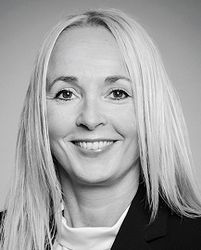 And from the beginning of this year, asset managers reporting under Europe’s Sustainable Finance Disclosure Regulation are also subject to more detailed reporting obligations.

Managing and reporting on climate risk is only the start.

The Task Force for Nature Related Financial Disclosures (TNFD) is a proposed risk management and disclosure framework that enables organisations to report and act on nature-related risks. The final recommendations for TNFD are expected later in 2023 and I anticipate that some of the larger UK pension schemes leading in sustainability will begin adopting the TNFD framework. When they do, asset managers may find themselves having to disclose information on nature-related risks from the investments they make on behalf of pension schemes.

Climate and nature are also inextricably linked. For example, each year more than a quarter of the carbon dioxide emitted by industry and agriculture is absorbed by natural ecosystems[1]. However, global warming damages ecosystems, which limits the ability to absorb carbon. It’s for this reason I’m predicting that nature risk and biodiversity will start its journey in 2023 to be included in the ever-growing agenda of risks that the financial services sector will need to consider and manage.


“The health on ecosystems on which we and all other species depend is deteriorating more rapidly than ever”
Sir Robert Watson, IPBES Chair

COP 15 has also helped raise the visibility of the natural environment for everyone working across the industry and to the pension scheme members and investors we support.

Our own relationship with the natural environment is at risk. Over the past 50 years, the conversion of natural ecosystems for crop production or pasture has been the principal cause of habitat loss, in turn reducing biodiversity[2]. Population growth is a clear link, which reached 8 billion in November last year from an estimated 2.5 billion people in 1950. The population could peak at around 10.4 billion in the mid-2080s[3].

The World Economic Forum’s ‘Global Risks Report 2021’ also highlighted Biodiversity Loss as the fourth top risk by impact to the world. It was great to see that at United Nations COP 15 conference in December 2022, a new biodiversity framework was agreed that amounts to the largest land and ocean conservation commitment in history.

In a nutshell, at the heart of the United Nations agreement is a target to protect and conserve at least 30% of the world’s lands and oceans by 2030 – known as 30x30. To put this into context, currently about 17% of the planet’s land and around 10% of its oceans are protected[4].

This will have a positive impact for wildlife, for addressing climate change, and for securing the services that nature provides to people, including clean water and pollination for crops.  Ocean conservation, which has historically lagged behind land conservation, will now be an equal priority.

This agreement comes as biodiversity is declining globally. Researchers at the United Nations expert nature panel projected that up to one million land and marine species face extinction because of human actions[5]. The UN committee, Intergovernmental Science-Policy Platform on Biodiversity and Ecosystem Services (IPBES), also reported that the global rate of species extinction “is already tens to hundreds of times higher than it has been, on average, over the last 10 million years.

Biodiversity is unevenly distributed across the world and this was another important area raised at COP 15. Currently, there is a significant finance gap globally to address the biodiversity crisis. And many developing countries in the south where a large amount of the world’s biodiversity is found[6] require more funding to address conservation targets from COP 15.

What does all this mean for the financial services industry?

It was really positive to see that ahead of the 30x30 agreement, it was reported that 150 financial institutions managing more than $24 trillion called on world leaders to adopt an ambitious Global Biodiversity Framework at COP 15[8].

Now it’s time for financial institutions to do their part and proactively adopt the TNFD framework and actively make strides through transparent reporting to highlight their exposure to nature and biodiversity risks.

Pension schemes and trustees also need to be mindful of the investment risks to biodiversity loss. For example, research from the World Economic Forum shows that around half of all global GDP is highly or moderately dependent on nature. For example, the Poulson Institute highlighted that the loss of all pollinators (such as bees and butterflies) would lead to a drop in annual agricultural output of around US$217 billion.

Much in the same way we’ve seen rising member expectations and an evolving regulatory focus on ESG and climate risks, as everyone becomes more informed about nature and biodiversity, we are likely to experience something similar on nature risk. Companies can be dependent on nature and the services it provides and can also inadvertently impact nature through their supply chains – and it’s important for trustees to factor this into their due-diligence process with their asset managers.

And for service providers, like custodians for example, it means giving clients access to education and cost-efficient reporting solutions so they can start to assess and manage these risks.

Above all, I think everyone working across the UK financial services industry has an important part to play given the responsibility we have as guardians of trillions of pounds worth of assets. It’s a role I don’t take lightly and I think we are in a position to influence real change. 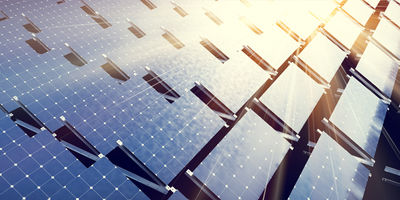 The UK has ambitions to be a world leader in Green Finance. This includes how sustainable investment funds should be presented to consumers based on their sustainability characteristics. One of the stated objectives in this area is the importance of building trust and integrity in sustainable instruments, products and the supporting ecosystem. 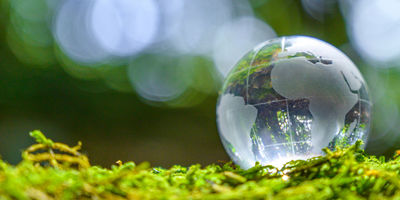