The AIFMD review: an incremental change or a major revamp?

When the Alternative Investment Fund Managers Directive (AIFMD) came into force in 2011, it had two principal objectives: to provide a secure regulatory framework for the management and distribution of alternative investment funds (AIFs) in the European Union, and to ensure the mitigation of systemic risks associated with management of alternative assets. It has largely achieved its objectives, however progress still needs to be made in a number of areas.

Indeed, while the European Commission's review report addressed to the European Parliament and the Council on 10th June 2020 concluded that the AIFMD has actually  contributed to creating a European market for alternative investment funds (AIF) with a high level of investor protection and enhanced monitoring of risks to financial stability, it notes areas for improvement.

This is why the European Commission launched a public consultation on 22nd October on the revision of the AIFMD.

It should be noted that this consultation is also a follow-up to the letter from the European Securities and Markets Authority (ESMA) to the European Commission in August 2020 in which it raised numerous concerns regarding the orientations of both the AIFMD and the UCITS Directive which, in its view, require "harmonisation" and/or "clarification", and which lists key issues to be taken into consideration in the revision of the AIFMD. "Please keep in mind that this review is an exercise mandated by Article 69 of the Directive which invites the Commission to review the scope of the AIFMD, to assess the impact of the Directive on investors, AIFs and AIF managers in the EU and in third countries, and to determine the extent to which the objectives of the AIFMD have been achieved," adds Corinne Socha, Group Head Depositary Control at CACEIS.

This public consultation is therefore the first step in this formal review of the Directive and aims to gather the views of stakeholders, including collective investment fund managers and investment firms, AIF distributors, industry representatives, regulators, investors and investor protection associations. Interested stakeholders can respond to the Commission by 29th January 2021. This could also be the first step towards a real harmonisation of UCITS and the AIFMD regimes in the EU and a single EU rulebook and license.

"The consultation covers a wide range of topics and therefore gives some insight into the future policy direction of the European Commission. However, an introductory sentence gives some suggestions - the Commission seeks to improve "the usefulness of the AIFMD passport and the overall competitiveness of the EU’s AIF industry". Therefore, cross-border issues and a level playing field are probably high on the agenda" comments Corinne Socha.

Seven themes are being addressed, bringing together no less than 102 issues:

With regard more specifically to the regime of depositories, the consultation deals with several subjects:

With this work to review the AIFMD, the question of creating a depositary passport has been revived. The European Commission, pursuing its objective of completing the Union of Capital Markets, considers that the fact that an entity can only act as a depositary of funds in the country where it is domiciled runs counter to the principle of freedom of establishment and freedom to provide services and healthy competition in the market. The European public authorities therefore wish to propose, when the AIFMD is reviewed, the introduction of a European depositary passport enabling a depositary established in one Member State to offer its services throughout the Union. 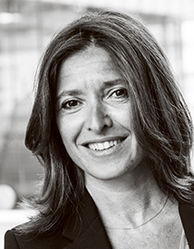 "The creation of a European depositary passport seems premature to us because of the risks that it would entail, not only for investors but also for the market", says Eliane Meziani, Senior Advisor - Public Affairs at CACEIS.

In recent decades, the European authorities' strong commitment to consumer protection has resulted in the establishment of a set of policies and rules that guarantee consumers a high level of protection and numerous rights. More recently, this commitment has materialised on 13th November, with the adoption of a new Consumer Agenda for the next 5 years.

This focus on the protection of the European consumer must also prevail in the financial field and in particular for small investors. Indeed, the creation of an EU-wide depositary passport will effectively remove the most modest investors from the depositary of their investments. It represents a danger for the rights of these investors who, faced with a situation where they will wish to assert their rights vis-à-vis the depositary, will find their task made more complex by the new distance between them and the depositary which may operate from a country other than that of the investors.

"The implementation of a depositary passport allowing to operate throughout the common market will necessarily imply a loosening of the supervision of the funds carried out by the depositaries," adds Eliane Meziani. In order to fulfil its obligations as a depositary, it must be able to put in place an appropriate organisational structure and operational processes. To do so, the depositary must not only know, but also be capable of interpreting and subsequently integrating into its operational processes all the national rules applicable to funds in the country where it operates. To this end, there must be a constant and high-level dialogue between the depositary, local authorities and national professional associations representing asset managers.

"The risk, already identified at the time of the introduction of the management passport, induced by the creation of a depositary passport at EU level is that of a loss of knowledge and understanding of the rules applied at domestic level (and even more so at market level) due to the difficulty for a depositary to have in-depth knowledge of all the standards in force in all Member States" explains Corinne Socha.

This distance between the depositary and the regulator will have important consequences for the regulator, since the introduction of the depositary passport will force the national regulator to control depositories that were not previously under its jurisdiction. There is therefore a risk that the level of supervision will be lowered (to the detriment of investors, as mentioned above) and that the cross-border nature of the depositary's activities will weaken the sanction mechanisms.

There is also a significant risk that the introduction of a depositary passport could lead to the opposite result to that sought by the Commission. Indeed, while the European public authorities wish, through the depositary passport, to limit the risks of concentration and put an end to quasi-monopolistic situations in certain countries, the depositary passport could on the contrary lead to the concentration of supply in certain countries to the detriment of the quality of supervision (as mentioned above) and competition. This could even ultimately lead to the creation of an oligopoly in Europe, since the most influential players on the market would be able to penetrate all the EU Member States without first having to set up a local subsidiary, leading them to supplant the more modest local players, ultimately reducing competition, which would be the opposite of the desired effect.

“Following on from the previous reasoning, we should also mention the risk of arbitrage towards "cheaper" countries and depositaries. In addition, there is the risk of bypassing third countries (in particular the United Kingdom in a post-Brexit political context)," says Eliane Meziani.

Finally, in the current situation, the question of the introduction of a depositary passport does not seem to respond to a concern for the development of the European AIF market. Indeed, statistics on the growth of this market since the implementation of the AIFMD show that its development is in no way affected by the absence of a depositary passport.

The consultation also paves the way for regulation in the consideration of extra-financial risks (sustainability - ESG) in the management of alternative investment funds following the Paris agreements and the contribution of financial markets to sustainable development objectives.

"The Commission's consultation, and the expected revision, should lead, in our view, not to major changes, but rather to the definition of a strengthened protective framework for the AIF market, stability and harmonisation of the regimes in force. Indeed, we are moving towards a clarification of the relationships and roles of intermediaries and perhaps towards harmonisation between UCITS and the AIFMD regimes", concludes Corinne Socha.

The next step is expected in the third quarter of 2021 with a legislative proposal to amend the AIFMD.


Key dates for the AIFMD: 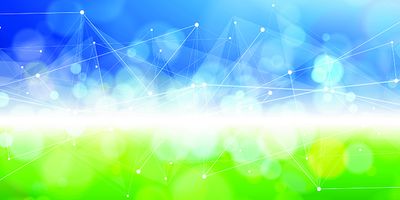 CACEIS keeps a watch on the quality of extra-financial data to better support its clients with its ESG&Climate reporting solution.